Fencing is a sport, for which mental agility is just as important as physical agility. Not without a reason, it has been referred to as physical chess. Nevertheless, one should be wary of such claims about fencing, as the diversity of the sport leaves little space for generalizations. The three weapon categories are vastly different.

Epee is the heaviest and the longest weapon. It is a thrusting weapon, meaning that you score with the tip of the blade. The rules are simple: it doesn’t matter whether you hit your opponent on the chest, toe or head, it is always a point. This makes this weapon the slowest and most tactical weapon.

Foil is lighter and shorter than epee, but nevertheless it is a thrusting weapon. You can only hit the torso, including neck and crotch. Furthermore, there are limitations as to how one can score. One needs to earn the so-called “right of way”. The lightness of the weapon and the scoring rules turn foil fencing into a very agile and elegant category.

Sabre is also relatively light, but a slashing weapon. You can hit everything from the waist upwards, including the head. It has similar limitations as foil. Sabre is by far the fastest and most explosive weapon of fencing.

Fencing is one of the few sports that has been contested on every single Summer Olympics since the birth of the Modern Olympics. Still, for many people fencing is mainly associated with the Olympic Games, as it is usually the only time it is televised. Within the Netherlands, it used to be especially popular among soldiers and students. Nowadays, there are still some student clubs and two military clubs. Nevertheless, the majority of fencers nowadays consists of regular civilians.

Despite the use of weapons, fencing is not a dangerous sport. None of the weapons are sharp and you always wear fencing clothes made of Kevlar, also used in bulletproof vests. Fencing actually is one of the safest sports with little injuries happening. 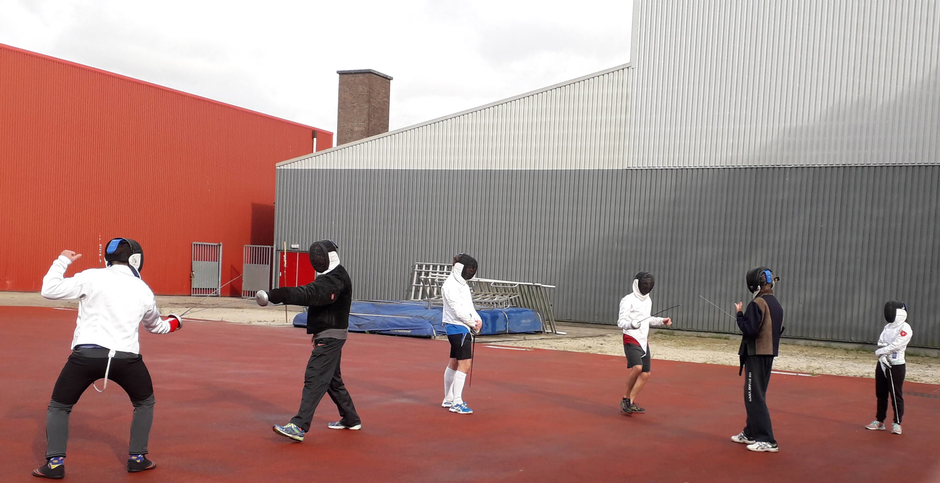