We were founded on January 17 1881, as a subsidiary association of the Groningen Student Corps "Vindicat Atque Polit" (Vindicat for short). The history of student fencing in Groningen predates the founding of Donar, and started with the founding of Schermschool Mars in 1848, also a subsidiary organization of Vindicat. This fencing club fused with Vindicat's gymnastics association Wodan to form GSSV Donar 1881.

In the first half of the 20th century, multiple sports were practiced at Donar, including basketball, volleyball and boxing. The different branches of Donar all went their own way in the second half of the 20th century, and the fencing club split away from Vindicat in 1966. Other daughter branches of Donar that still exist today are the basketball club Donar and the volleyball club Donitas.

Now, the archive committee in our club is researching more about the rich history of our club. Many great findings will soon be published on this page as well! 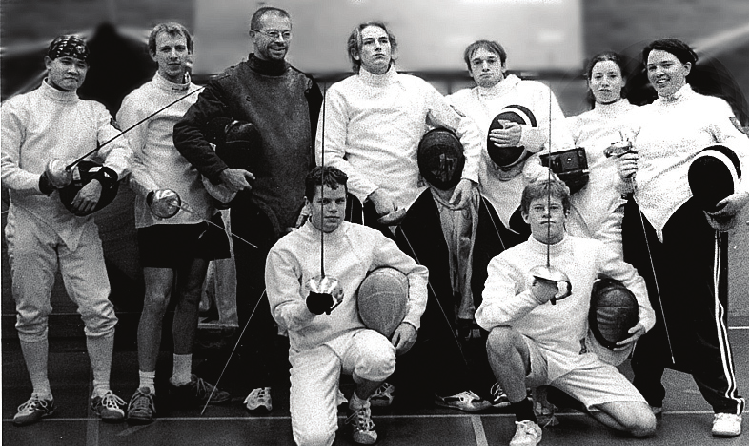